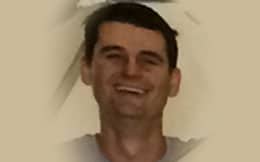 In his mid 20s Jackson Malley was earning a good living in the mortgage broking business. He had purchased his own home (on a double block) in the south eastern suburbs of Melbourne.

From appearance, all was going to plan, yet he was not happy with the plan. He decided to explore a ‘tree change’ in his late 20s – not to retire from the income earning world, but to transition from finance to farming.

In true ‘Jackson’ style he immersed himself into this new arena. He grew a range of vegetables from seed . . . .learning about the husbandry of crops. He read the work of Joel Salatin . . . .and travelled hundreds of kms to meet him and hear him on a rare trip to Australia. He completed a Cert 3 in agriculture.

He sold his home and purchased a 60 acre farm near Mirboo North and started on his journey to a sustainable, independent life.

He worked on pea farms, potato farms, onion farms . . . . and garlic farms, which sparked an interest in what is often called, ‘the Unforgiving Crop’.

Fast forward two years, and Jackson has his first harvest, and will take his first market stall at the 2019 Meeniyan Garlic Festival. He will also share his journey into farming and into the world of a ‘start-up’ garlic grower in a presentation at the Garlic Institute – the educational program hosted by the Festival.